Christmas Eve Extravaganza was a really  fun night, music, good food and some interesting entertainment by the staff of the hotel……….ohh and us being pulled on stage for some of the anticso

Our favourite massage place with not a bad view either

We then moved onto Lipa Noi a quiet area on the south west coast. The individual villas are all set in lovely gardens with a lounge room, large bedroom and bathroom. The property used to be a coconut plantation and has a great bar and restaurant on the beach. The only thing we’ve missed is a glass of wine as it’s expensive and pretty awful, although we splashed out on a bottle of bubbles last night. (Back to Singha beers today though. It’s a great spot with just 11 individual villas. Beautiful sunsets (when the sun pops out ) unfortunately the rain continues periodically so lots of chilling around here in between cycling, walking, swimming and hiring a scooter which has been lots of fun. Always feel safe though on the back with Allen who needs eyes in the back of his head and nerves of steel, (the drivers are so inconsistent and erratic . It doesn’t take that long to scoot around the Island, it’s only 21 x 25kms, so a couple of hours and you’ve circumnavigated the whole thing.

This place is seriously chilled

Sunset …one night out of six, others too cloudy 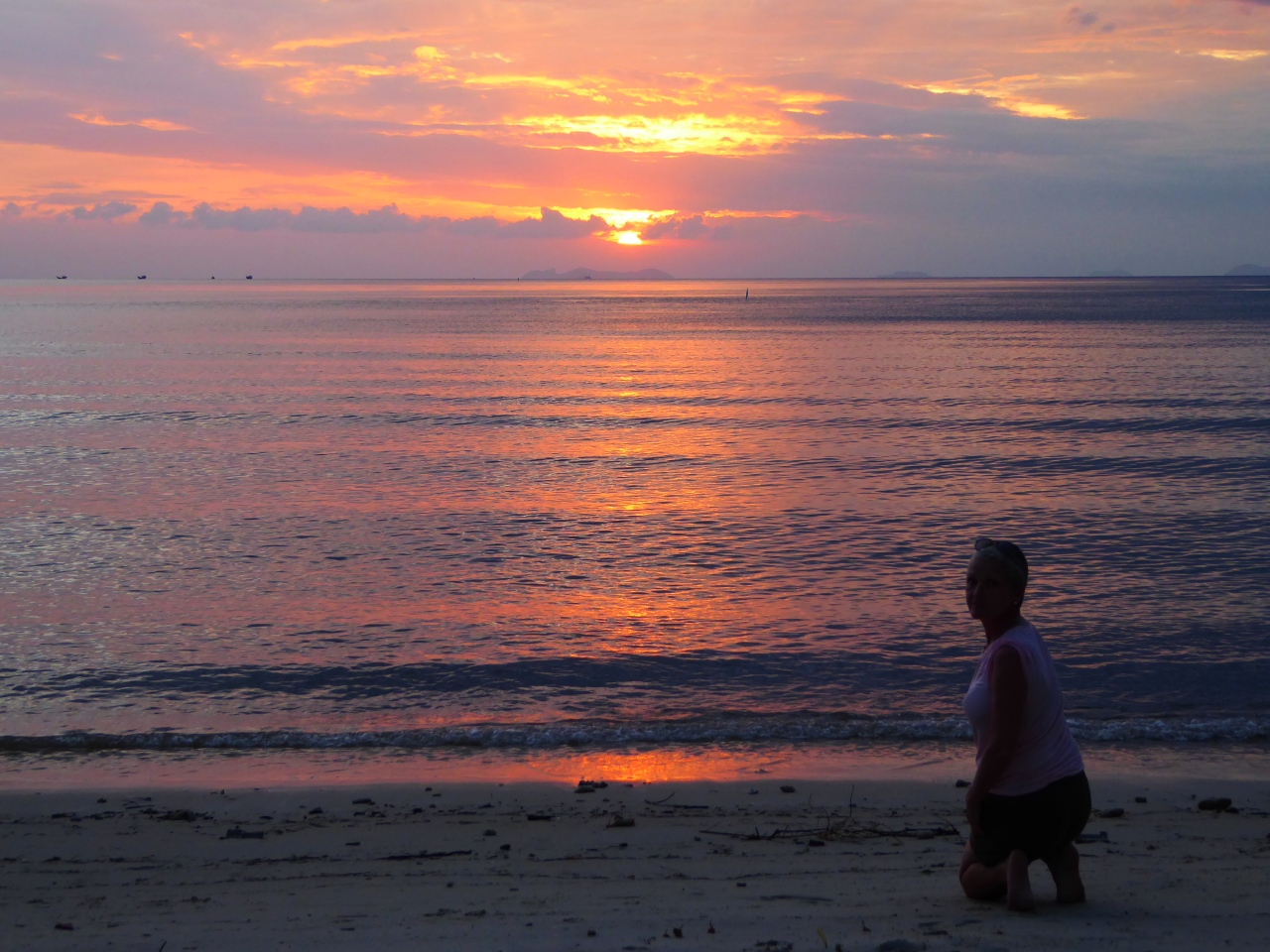 It’s the second biggest Island behind Phuket with population of only 63,000 people, mostly Buddhist and most are genuinely polite and happy (guess they’re scared of coming back as a cockroach or something next time round, so they try and behave themselves).

We’ve  made two exciting trips to the Laundry  since we left a few weeks ago!  woo hoo $3.50 for a bag of dirty clothes washed dried and ironed, bargain. We’ve met some interesting people this week including  a button designer whose buttons have graced suits on the likes of Georgio Armani, Versace etc. He has been here 10 years or so and over a coffee gave us all the gossip about the area, especially about the local Mafia, getting someone killed for little more than a cheap suit and the corruption etc. 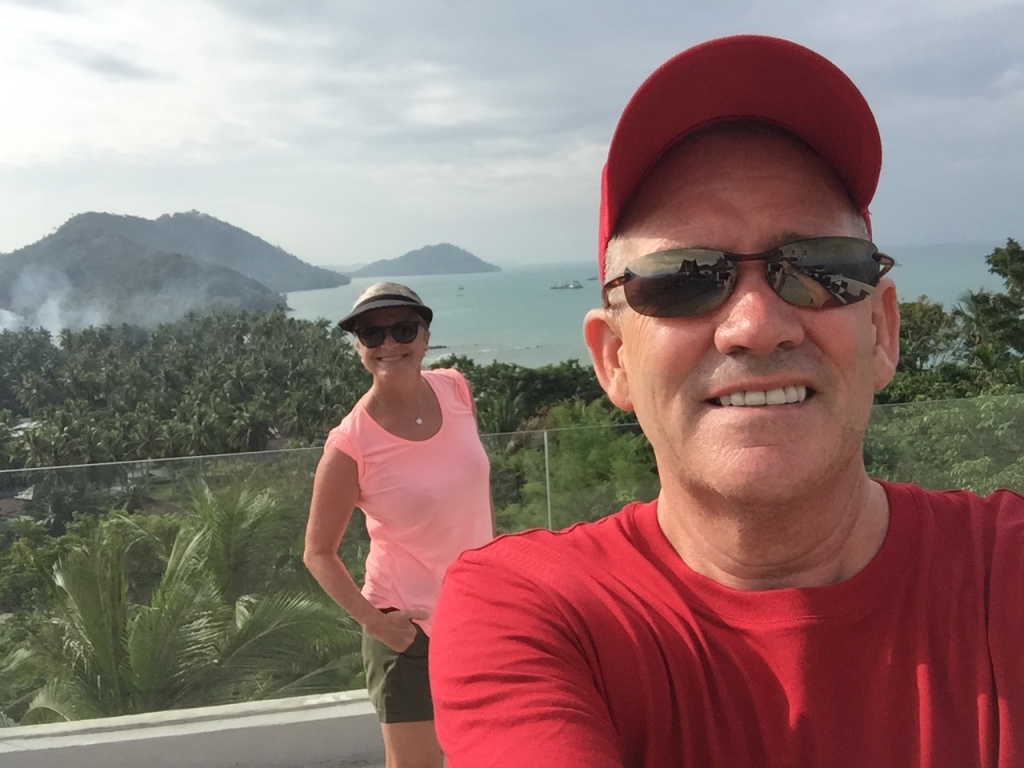 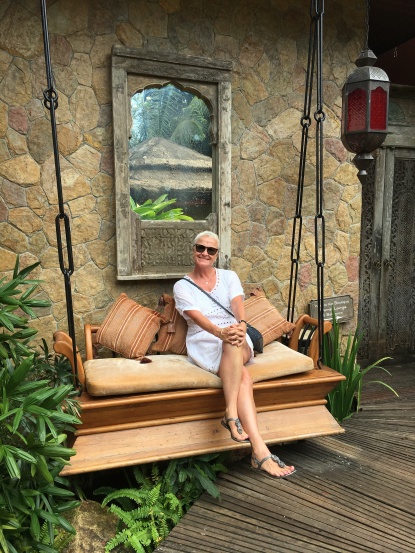 Then last night we had a very nice chat to an American Author and Film maker. We later googled him and he really has had an interesting life as a Professor at Cornell University, followed by numerous books and a few Movies………nothing special but interesting documentaries etc on Burma and Thailand.

We rented a scooter on New Years eve and rode about 20kms North to a beautiful beach side Restaurant called Zazan and had a lovely lunch and a couple of glasses of bubbles. Returned to the hotel and had a swim before getting ready to celebrate the end of the year at the hotel Restaurant. The staff had done a beautiful job of decorating the place with lots of candles, fairy lights, a local band and plenty of seafood laid out as a buffet.

At 11.00pm they had prepared a large rice paper lantern locally called Kongmang for each of the guests to write their 2017 wishes on, before lighting a candle and once the hot air took hold we let them drift of from the beach into the night (very pretty). At midnight we watched a 10 minute firework display on the beach ( not quite Brisvegas but a lovely way to finish the year). 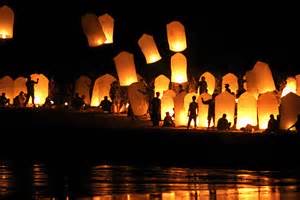 We wish all our family and friends a Safe and Happy 2017 and look forward to seeing some of you in Europe over the next 12 months.